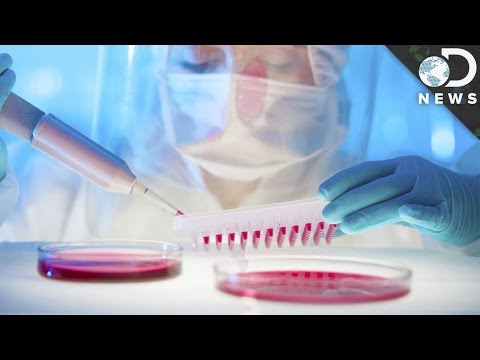 Treat a virus with another virus like herpes? Crazy as that sounds, it’s happening right now! Hey guys, Amy with you on DNews today. Cancer is no one’s favorite topic; the prospect of abnormal cells dividing uncontrollably in your body and destroying healthy tissue is completely terrifying. But a new drug might be able to help by harnessing one virus to attack another. Viruses are tiny, the largest is smaller than the smallest bacteria. And because they are nothing but genetic material wrapped in a protein coat, they can’t live without a host. Viruses can only reproduce by attaching themselves to other cells, cells they reprogram to make new viruses until the host cell dies. Sometimes, viruses turn normal cells into cancerous ones. But it’s viruses’ ability to infect and kill cells that actually make them an ally in the fight against cancer because we can alter the way viruses behave. Using viruses to attack another virus is otherwise known as virotherapy. This potential first became clear more than a century ago when doctors noted that cancer patients who caught measles, hepatitis or glandular fever seemed to temporarily recover. In 1949, patients with Hodgkin’s lymphoma were injected with viral hepatitis.

One-Third of the 21 patients injected experienced temporary remission. Fast forward to the present and we now have scientists at the Institute of Cancer Research in London conducting successful trials with a skin cancer drug called T-VEC. T-VEC is a version of the common herpes simplex virus genetically modified to only replicate in unhealthy cancer cells, destroying tumors while leaving healthy tissues intact. T-VEC is injected right into the tumor, even in advanced stages. Once the cancerous cells burst, this triggers a secondary auto-immune response. T-VEC also includes a gene that encodes a type of protein called granulocyte-macrophage-colony-stimulating factor (GM-CSF) that recruits immune-boosting cells to the tumor.

Together, killing the cancerous cells and bringing in more tumor-fighting cells speed up the drug’s cancer-fighting effect while also stimulating the immune system, waking up the body to attack the cancerous cells. And it’s this two-pronged attack that is really exciting scientists. According to their findings, the drug has even been shown to kill cancerous cells that have migrated away from the treated tumor, stopping the spread of cancer. And this last trial is the first to show that the drug actually increases survival rates among cancer patients. For this latest trial, T-VEC was given to 436 patients from 64 centers in the US, the UK, Canada and South Africa all of whom had inoperable malignant melanoma.

And though the drug is still not licensed, it could become a great asset in the fight against skin cancer, even at an advanced stage. Ways of harnessing viruses to attack cancer have certainly come a long way in the last half-century, and with any luck drugs like T-VEC will be able to fight other forms of cancer in the not too distant future. And here’s some other good news on the cancer front – your cellphone is not gonna give you a brain tumor after all. Julia explores that science in this DNews video right here. 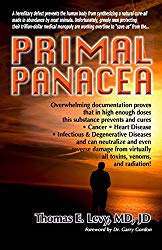 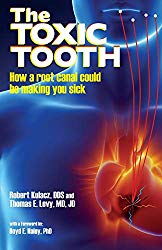 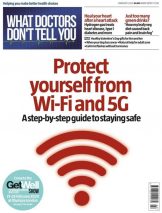