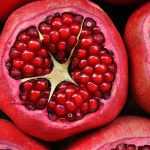 Cancer, second only to heart disease as the leading cause of death in the United States, kills 600,000 people a year.  And, while Western medicine attempts to treat lethal cancers with chemotherapy and radiation, these treatments feature severe side effects that may – themselves – be life-threatening. Today, we’ll take a closer look at how pomegranate fights cancer naturally.

With its pleasing flavor – a refreshing blend of tart and sweet – and its eye-catching bright red color, pomegranate juice might seem more like a tasty indulgence than a therapeutic tool against disease. However, there is research which shows that pomegranates (high in disease-fighting antioxidants) are indeed “serious medicine.”

Prostate cancer, which claims the lives of 31,000 men every year, is the second most common cancer in men – and a primary cause of cancer-related deaths as well.

In a landmark study published in Clinical Cancer Research, researchers gave 8 ounces of pomegranate juice a day to a group of prostate cancer patients.

The participants had already undergone surgery or radiation to treat their cancer and were experiencing climbing levels of a hormone known as PSA, or prostate-specific androgen.

Important to note: doctors assess the severity of prostate disease by measuring how long it takes PSA levels to double.

In the group of men who drank pomegranate juice daily, it took much longer for their mean PSA rates to double – as opposed to a control group.  In fact, the pomegranate group’s doubling interval stretched from 15 months (when the study began) to 54 months by study’s end!

The team also reported that the pomegranate group experienced a 12 percent decrease in cancer cell proliferation, along with a 17 percent increase in apoptosis (the programmed suicide of cancer cells).

Additional studies have supported the effects of pomegranates against cancer.

Pomegranates have potent phytochemicals that target cancer cells, according to research

Researchers have noted that pomegranate seems particularly well-suited to slowing the growth of hormone-dependent cancers, which include breast cancer, prostate cancer, and colon cancer.

Pomegranates have impressive anti-inflammatory and antioxidant properties, meaning that they can battle the inflammation and oxidative damage that may lead to cancer in the first place.  In fact, pomegranate juice shows antioxidant activity three times higher than that of green tea, considered by many to be the gold standard of healthy beverages.

The most powerful secret weapon found in these superfruits could well be their content of luteolin, ellagic acid, and punicalagin, a trio of flavonoids and tannins known for their disease-fighting properties.

When it comes to ganging up on cancer, these compounds mean business.

In a study published in Nutrition and Cancer, pomegranate extracts showed the ability to “dramatically” reduce the number and size of mammary tumors from chemically-induced breast cancer.

Pomegranate’s sky-high levels of ellagic acid may even help to prevent cancer before the disease even develops. Ellagic acid has been shown to inhibit the progression of ulcerative colitis — a known risk factor for intestinal cancer.

Studies have given insight into the four primary ways in which pomegranates block the growth of tumors and fight cancer.  In recent studies, researchers have credited pomegranate extracts with suppressing cell proliferation, reducing cancer cell growth and causing apoptosis – all without harming normal cells.

In addition, pomegranate compounds can inhibit angiogenesis – the growth of blood vessels that carry oxygen and nutrients to growing tumors.

They also prevent the invasion of normal, intact tissue by suppressing the production of matrix metalloproteinase, or MMP, a key enzyme in cancer development that “melts” and degrades healthy tissue and promotes the spread of cancer.

As if this quartet of cancer-fighting effects wasn’t enough to recommend pomegranate as a complementary therapy, the fruit and its extracts offer yet another medicinal bonus.  Researchers say that pomegranate enhances the effectiveness of standard medical treatments – such as chemotherapy and radiation – while alleviating side effects and protecting healthy cells.

But is there any peer-reviewed research documenting this claim?  As it turns out, there is.

In one landmark study, a pomegranate extract protected the intestinal linings of rats from damage from fluorouracil, a chemotherapy drug used for combating cancers of the stomach, esophagus, and colon.

And, the team noted that the paired treatment killed more cancer cells than the fluorouracil alone.  Now, don’t get us wrong, we’re not promoting the use of chemotherapy.  Simply put, cancer treatment is a deeply personal decision.

We just want people to be fully informed – before making any healthcare decision.

So, as we can see, pomegranate fights cancer in many ways,  It’s also been heralded by leading natural health experts as among one of the ‘healthiest juices on the planet.’

And, while commercial pomegranate juices are made from the pomegranate rinds, as well as the seeds.  It’s always best to make your own juice (at home) – to avoid the over-processing associated with store-bought brands.

In addition to containing various polyphenols, pomegranate juice is a good source of micronutrients, including folate, calcium, vitamin C and vitamin K.

Naturally, choose pure, organic juice – and (if you’re buying juice from a store) check the labels to ensure that you are getting 100 percent pomegranate juice.  Some “pomegranate drinks” are actually blends that contain a variety of other fruit juices, such as pear and apple – along with high fructose corn syrup.

You can obtain cancer-fighting benefits without guzzling quarts of juice.  In the groundbreaking 2016 study, the participants were given only 8 ounces a day – a single cup – of fresh pomegranate juice.

Note: If you opt for supplementation with pomegranate extracts, most integrative healthcare providers recommend using an extract standardized to 30 percent punicalagins and 22 percent punicic acid, at dosages of 50 ml to 240 ml a day.

However, check with your own doctor before supplementing with pomegranate.

While pomegranate is perhaps best known for its cardiovascular benefits (such as reducing atherosclerotic plaque and lowering blood pressure) its cancer-fighting attributes are becoming increasingly apparent. As research continues to accumulate, we will very likely be hearing even more about the amazing anticancer qualities of this functional food.

Sources for this article include: