There’s a movement going on in the food world. People are changing to a more healthy way of eating. Whether they want to lose a few pounds or for health reasons or because of food allergies, many people are discovering wheat-free living.

Wheat has traditionally been a staple grain throughout history. It originated in southwest Asia and has been consumed for more than 10,000 years. It’s not native to the Western Hemisphere, having only been introduced after Columbus came to the New World. Wheat is one of the largest crops of all foods and is one of the most common cereals. It’s ground into flour for bread and baked goods as well as many other foods.

So why, then, are people doing away with it in their diet?

There are various reasons that include dietary and health reasons. We will take a look at these within this report.

Wheat contains gluten, which is what gives wheat flour elasticity and strength and allows the bread to rise. Gluten is found in other grains, too, but in a lesser amount. That’s why wheat-free doesn’t necessarily mean that if you will be eating a totally gluten-free diet. There are differences between these two types of eating, which we’ll discuss later.

Some sources believe that wheat is good for the body. After all, we need to get nutrients from the grain. In fact, wheat as a raw material is nutritious. It’s when it becomes processed into products like pasta, noodles, loaves of bread and cookies using white flour that it becomes less healthy. The wheat grain is removed, resulting in more than half of the B vitamins, folic acid, zinc, copper and other minerals being eliminated.

Other sources believe that wheat in any form can cause problems, especially for those who have wheat allergies or are gluten intolerant.

Going without wheat means finding suitable alternative grains and recipes that suit your palate and budget. This report will discuss these options as well.

As mentioned above, there are numerous reasons to go wheat-free. Wheat allergies and wheat sensitivity are a couple of health reasons someone might change to a wheat-free lifestyle. Another factor could be someone who wants to lose weight by reducing the carbohydrates in their diet. Or there are those who are looking to go for a more all-natural diet like the Paleo lifestyle. 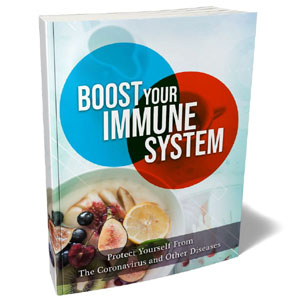